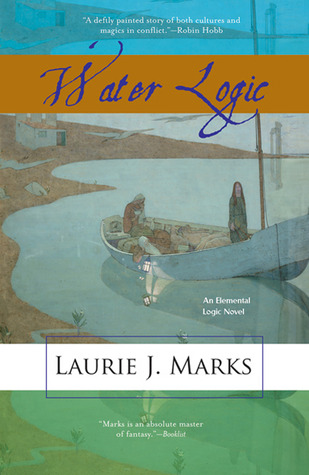 All titles by
Laurie J. Marks

By water logic, a cow doctor becomes a politician. A soldier becomes a flower farmer. A lost book contains a lost future. The patterns of history are made and unmade.

Amid assassinations, rebellions, and the pyres of too many dead, a new government forms in the land of Shaftal-a government of soldiers and farmers, scholars and elemental talents, all weary of war and longing for peace. But some cannot forget their losses, and some cannot imagine a place for themselves in an enemy land. Before memory, before recorded history, something happened that now must be remembered. Zanja na’Tarwein, the crosser of boundaries, born in fire and wedded to earth, has fallen under the ice. Now, by water logic, the logic of patterns repeated, of laughter and music, the lost must be found-or the found may forever be lost.

“How gifts from the past, often unknown or unacknowledged, bless future generations; how things that look like disasters may be parts of a much bigger pattern that produces greater, farther-reaching good results — such is the theme of Marks’ sweeping fantasy.”

“Finely drawn characters and a lack of bias toward sexual orientation make this a thoughtful, challenging read that belongs in most adult fantasy collections.”