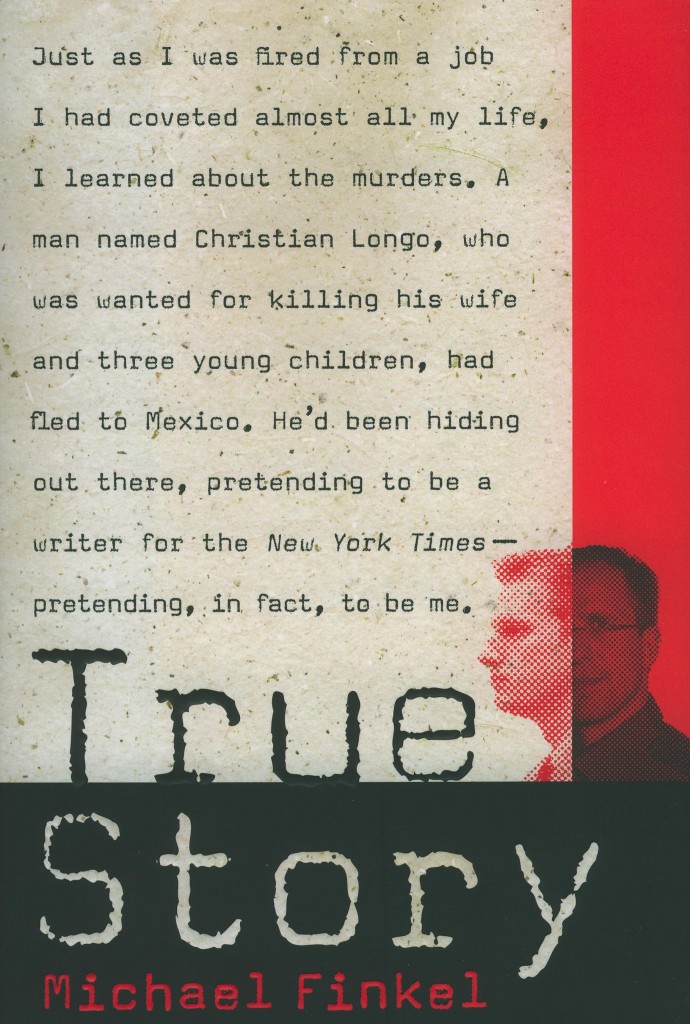 All titles by
Michael Finkel

In February 2002, New York Times Magazine writer Michael Finkel received a startling piece of news: a young man named Christian Longo, wanted for killing his entire family, had been captured in Mexico, where he’d taken on a new identity: Michael Finkel of the New York Times.

The next day, on page A-3 of the Times, came another troubling item: a note from the editors explaining that Finkel, having falsified parts of an investigative article, had been fired. Nonetheless, the only journalist Longo would speak with was the real Michael Finkel, and so Finkel placed a call to Oregon’s Lincoln County jail, intent on getting the true story. So began a bizarre and intense relationship—a reporting job that morphed into a shrewd game of cat-and-mouse. Part mystery, part memoir, part mea culpa, True Story weaves a spellbinding tale of murder, love, and deceit with a deeply personal inquiry into the slippery nature of truth.

“Astute and hypnotically absorbing . . . there’s a burning sincerity and beautifully modulated writing on every page.”