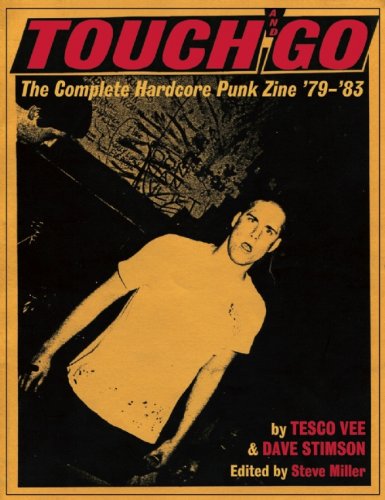 Touch and Go fanzine was the brainchild of Tesco Vee and Dave Stimson and was launched in Lansing, Michigan, in 1979. Major fanatics of the new punk happenings in the late 70s, TV and DS set out to chronicle, lambaste, ridicule, and heap praise on all they arbitrarily loved or hated in the music communities in the US and abroad.

In laughably minuscule press runs by today s standards, T & G was made by guys within the Midwest scene strictly for the edification of scenesters and pals in other cities like DC, Philly, Boston, LA, SF, Chicago, et al. Inspired by magazines such as Slash and Search and Destroy and writers like Claude Bessy and Chris Desjardines, TV and DS pumped out seventeen naughty, irreverent issues together, and TV did another five solo.

Magazines like Forced Exposure and Your Flesh, among others, soon fired up Xerox machines themselves, and the rest is history. So is the legendary independent record label launched from this zine, and so are the bands covered inside: Black Flag, Minor Threat, the Misfits, Negative Approach, the Fix, the Avengers, the Necros, Discharge, Iron Cross, Youth Brigade, Faith, Die Kreuzen, Crucifix, Poison Idea and all the other punks worth their weight in glorious black and white.