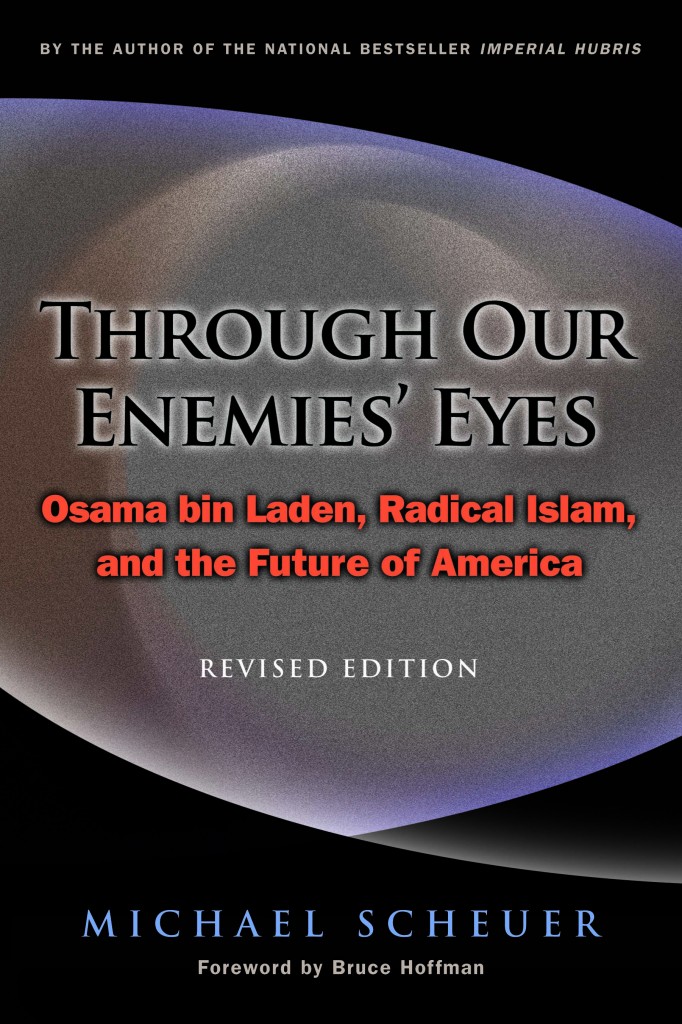 Through Our Enemies’ Eyes

Osama Bin Ladin, Radical Islam, and the Future of America

This seminal work on modern terrorism assesses the changes and continuities in Osama bin Laden’s thinking since 2002. In order to win the war against terrorism, argues Michael Scheuer, former head of the CIA’s bin Laden Unit, we must first stop dismissing militant Muslims as “extremists” or “religious fanatics.” Formulating a successful military strategy requires that we see the enemy as they perceive themselves – highly trained and motivated soldiers who believe their cause is righteous. Scheuer shows that the war has accelerated the transformation of bin Laden and al Qaeda from man and organization to, respectively, a symbol of leadership and heroism and a worldwide movement.

“[Scheuer]’s examination of al Qaeda is a bracing corrective to much that has passed as analysis about the group.”

“A masterful job at… interpreting what bin Laden is trying to tell America but that has fallen on deaf ears.”

– Studies in Conflict and Terrorism