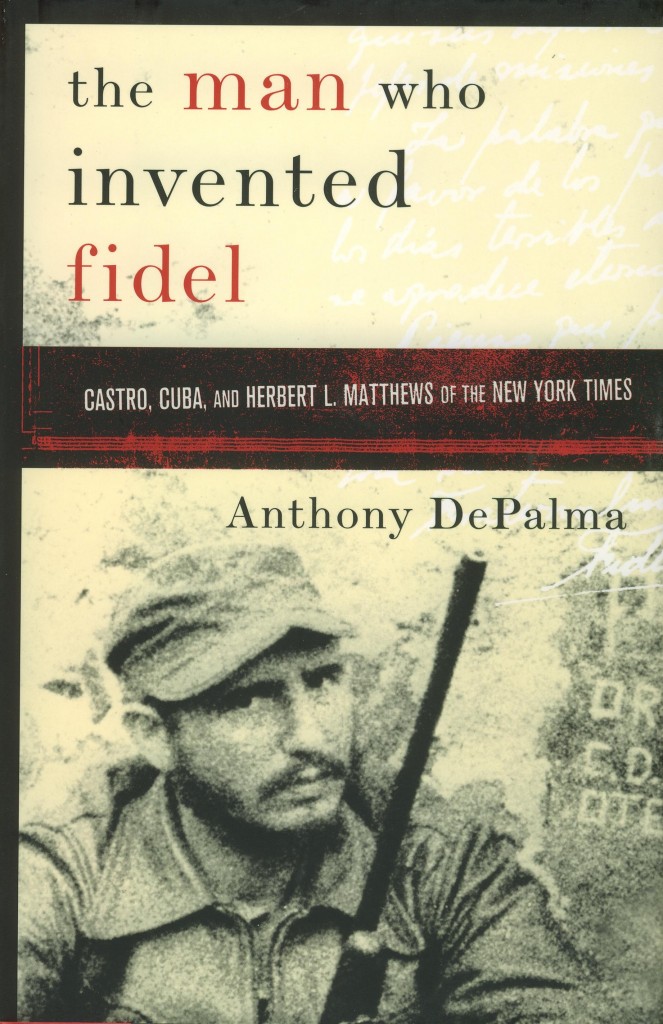 All titles by
Anthony DePalma

The Man Who Invented Fidel

In 1957, Herbert L. Matthews of the New York Times, then considered one of the premier foreign correspondents of his time, tracked down Fidel Castro in Cuba’s Sierra Maestra mountains and returned with what was considered the scoop of the century. His heroic portrayal of Castro, who was then believed dead, had a powerful effect on American perceptions of Cuba, both in and out of the government, and profoundly influenced the fall of the Batista regime. When Castro emerged as a Soviet-backed dictator, Matthews became a scapegoat; his paper turned on him, his career foundered, and he was accused of betraying his country. In this fascinating book, New York Times reporter DePalma investigates the Matthews case to reveal how it contains the story not just of one newspaperman but of an age, not just how Castro came to power but how America determines who its enemies are. He re-creates the atmosphere of revolutionary Cuba and Cold War America, and clarifies the facts of Castro’s ascension and political evolution from the many myths that have sprung up around them. Through a dramatic, ironic, in ways tragic story, The Man Who Invented Fidel offers provocative insights into Cuban politics, the Cuban-American relationship, and the many difficult balancing acts of responsible journalism.

“DePalma’s rendering of the Matthews/Castro/Times triangle is an illuminating meditation on some burning media issues. Few readers will fail to see parallels with a more recent flap concerning the overly credulous Times reporter Judith Miller and her reporting on Saddam Hussein’s supposed doomsday arsenal.”