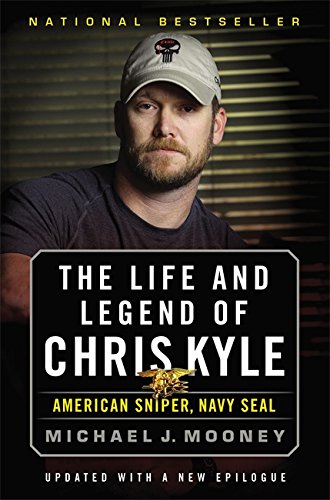 All titles by
Michael J. Mooney

The Life and Legend of Chris Kyle

A brutal warrior but a gentle father and husband, Chris Kyle led the life of an American hero. His renowned courage and skill in military service earned him two nicknames–The Devil among insurgents and The Legend among his Navy SEAL brethren–but his impact extended beyond that after he came home from combat and began working with fellow veterans.

Journalist Michael J. Mooney reveals Kyle’s life story, from his Texas childhood up through his death in February 2013. Mooney interviews those closest to the late SEAL and also sheds light on the life of the suffering veteran who killed Kyle. The Life and Legend of Chris Kyle is a candid, essential portrait of a celebrated warrior–a man about whom a movie has only added to the legend.