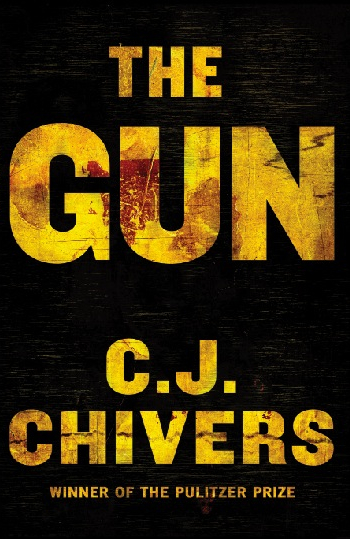 All titles by
C.J. Chivers

A Social History of the AK-47, The Rifle of the Revolution from the Cold War to the Jihad

The AK-47, or ‘Kalashnikov’, is the most abundant and efficient firearm on earth. It is so light it can be used by children. It has transformed the way we fight wars, and its story is the chilling story of modern warfare. C. J. Chivers’ extraordinary new book tells an alternative history of the world as seen through these terrible weapons. He traces them back to their origins in the early experiments of Gatling and Maxim, and examines the first appearance of the machine-gun. The quest for ever greater firepower and mobility culminated in the AK-47 at the beginning of the Cold War, a weapon so remarkable that, over sixty years after its invention and having broken free of all state control, it has become central to civil wars all over the world.

“The AK-47 assault rifle is the defining weapon of the post-WWII era, thanks to its reliability, simplicity, and effectiveness. Over a hundred million units have been manufactured in enough variants-including imitations-to provide one for every 70 people in the world. It is praised in equal measure by soldiers, insurgents, hunters, and police. In his first book Chivers, a Marine Corps vet and senior writer at the New York Times who has reported extensively from Afghanistan and Pakistan, combines recently declassified documents with extensive personal accounts of AK-47 users from around the world. Without denying the familiar contributions of Mikhail Kalashnikov, Chivers describes the AK-47 as a product of the Soviet system. The quest for an individual weapon with the firepower of a light machine gun and the portability of a machine pistol dated from the First World War, but Stalin gave it top priority with the beginning of the Cold War. Chivers vividly depicts the false starts and the eventual success, as when the gun aided in suppressing the 1956 Hungarian Revolution, and its subsequent global distribution and evolution into ‘everyman’s gun.’ An extensive comparison with the US M-16 enhances this outstanding history of an exceptional instrument of war.”