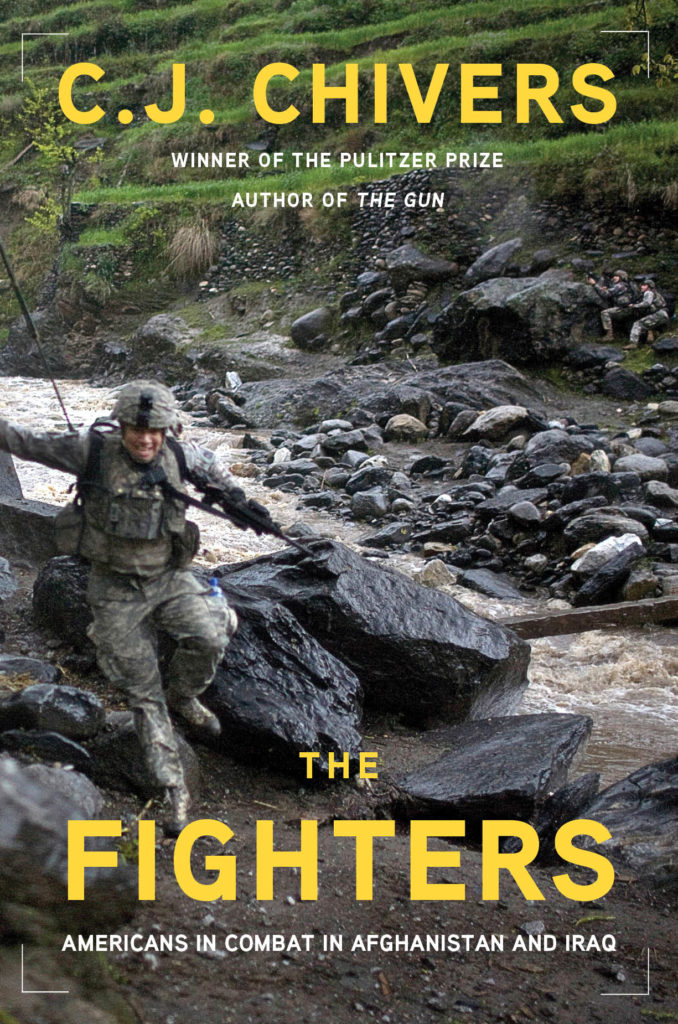 All titles by
C.J. Chivers

Americans in Combat in Afghanistan and Iraq

Pulitzer Prize Winner C.J. Chivers’ unvarnished account of modern combat, told through the eyes of the fighters who have waged America’s longest wars.

More than 2.7 million Americans have served in Afghanistan or Iraq since September 11, 2001. C.J. Chivers reported from both wars from their beginnings. THE FIGHTERS vividly conveys the physical and emotional experience of war as lived by six combatants: a fighter pilot, a corpsman, a scout helicopter pilot, a grunt, an infantry officer, and a Special Forces sergeant.

Chivers captures their courage, commitment, sense of purpose, and ultimately their suffering, frustration, and moral confusion as new enemies arise and invasions give way to counterinsurgency duties for which American forces were often not prepared.

THE FIGHTERS is a tour de force, a portrait of modern warfare that parts from slogans to do for American troops what Stephen Ambrose did for the G.I.s of World War II and Michael Herr for the grunts in Vietnam. Told with the empathy and understanding of an author who is himself an infantry veteran, THE FIGHTERS presents the long arc of two wars.