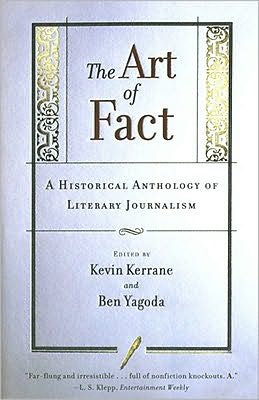 The Art Of Fact

A Historical Anthology of Literary Journalism

The Art of Fact is a historical treasury tracing what used to be called “new” journalism back to such pioneers as Defoe, Dickens, and Orwell, and to crime writers, investigative social reporters, and war correspondents who stretched the limits of style and even propriety to communicate powerful truth. The tradition is alive and well in stories that take us from a cantina in Los Angeles to a lesbian bar in Dublin, from a massacre in Tiananmen Square to a nonviolent revolution in the Philippines. This international emphasis links American literary journalists to their counterparts in England, Africa, and Russia.