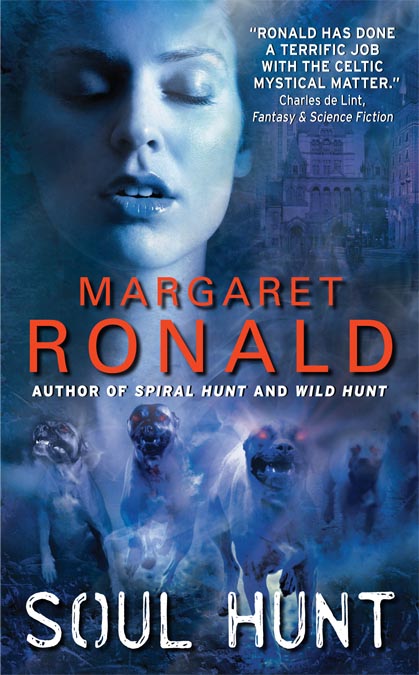 All titles by
Margaret Ronald

The hunter has become the hunted…

Without even realizing what she was doing, Genevieve Scelan has made a bad bargain. The Red Sox fanatic and supernatural tracker known as “Hound” for her extraordinary power of scent wishes she could leave magic behind now that she’s eradicated the evil cabal that oppressed Boston’s undercurrent for centuries. But now her talent’s fading, the local adepts’ squabbles are turning ugly, and worse, she’s just discovered that she owes a very large debt to someone . . . or some thing. And in the undercurrent, debts are taken very seriously.

Evie has until midwinter to pay up . . . or else. So when she gets a job that might save her—even if she’s breaking all her own rules to take it—she can’t pass it up. Now, with danger at her back and uncertain allies beside her, she’ll trace the very bones of Boston itself to protect both the city and the people she loves.

“…the action and tension don’t let up. I greatly enjoyed Ronald’s use of some of the finer details of New England’s rich and weird history–the books in this series have a great sense of place.”

“This third book in Ronald’s Evie Scelan series is every bit as satisfying as the first two. Evie is a complicated and nuanced protagonist and it’s a pleasure to read her story and root for her to come out triumphant — but as in life, victories don’t always come free, and Ronald makes sure that not only do the antagonists pay, but that Evie is changed by the experience as well.”