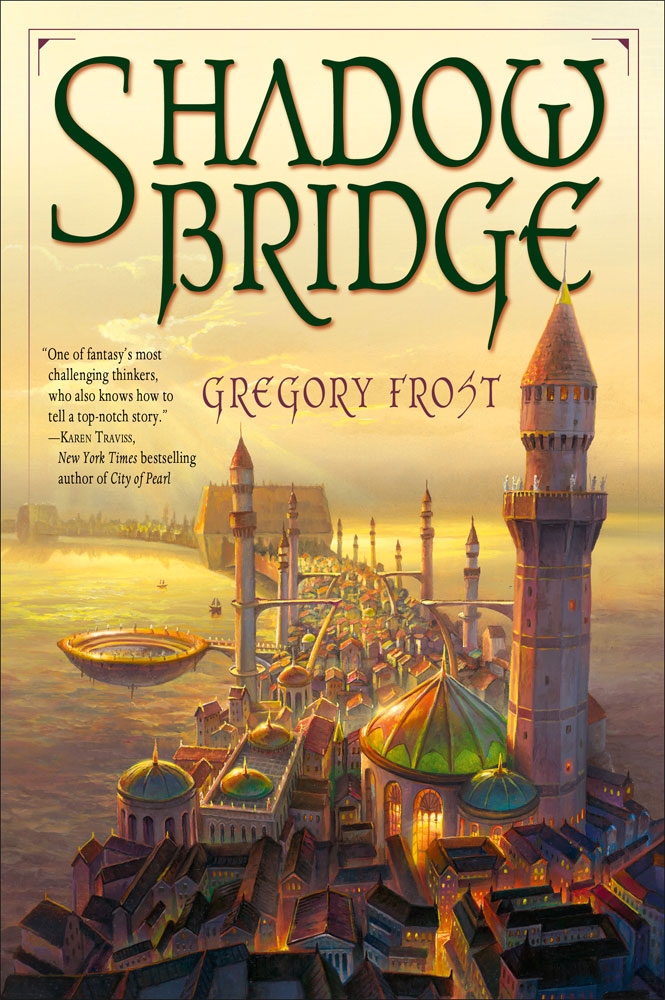 All titles by
Gregory Frost

Jax is a storyteller, a master puppeteer who travels the spans between worlds, collecting and retelling variations on the myths that all cultures spawn. Daughter of the legendary story collector Bardsham, she is accompanied on her travels by Scooter, her father’s manager, who seems to be growing more nervous about their path as Jax’s fame catches up with her. SHADOWBRIDGE is a lyrical tale of myth-making and transgression.

“…(T)he novel also achieves a kind of Florentine grace and balance rare in modern fantasy, interpolating tales within tales, playing ingenious games with point of view, and offering more than a few passages of surpassingly lovely prose. Frost could be on his way toward a masterpiece.”