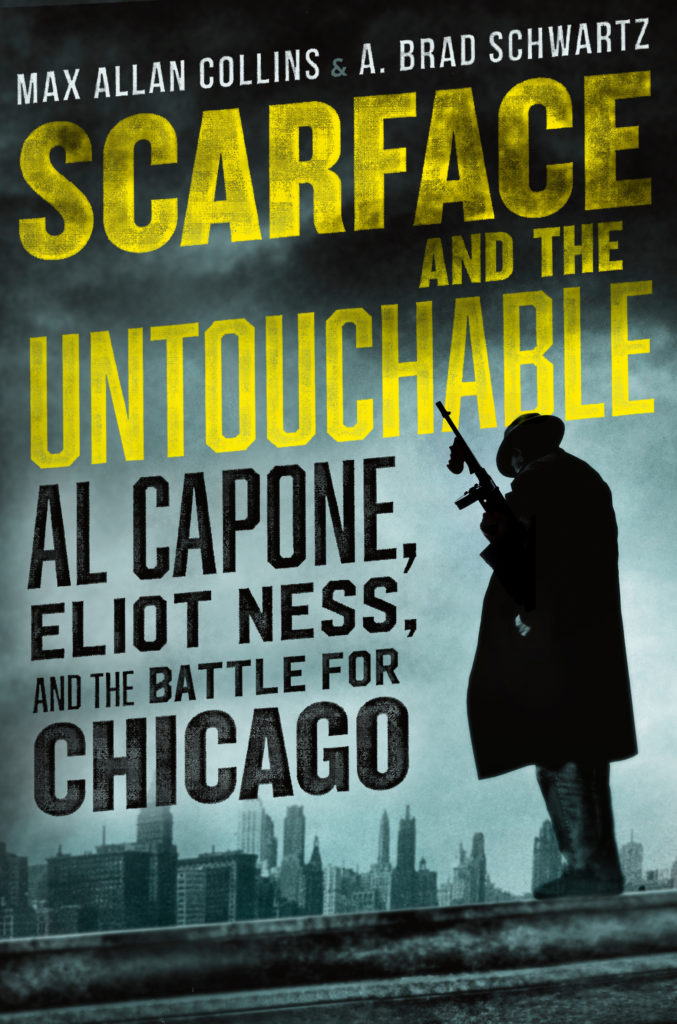 All titles by
A. Brad Schwartz

Scarface and the Untouchable

Al Capone, Eliot Ness, and the Battle for Chicago

In 1929, thirty-year-old gangster Al Capone ruled both Chicago’s underworld and its corrupt government. To a public who scorned Prohibition, “Scarface” became a local hero and national celebrity. But after the brutal St. Valentine’s Day Massacre transformed Capone into “Public Enemy No. 1,” the federal government found an unlikely new hero in a twenty-seven-year-old Prohibition agent named Eliot Ness. Chosen to head the legendary law enforcement team known as “The Untouchables,” Ness set his sights on crippling Capone’s criminal empire.

Today, no underworld figure is more iconic than Al Capone and no lawman as renowned as Eliot Ness. Yet in 2016 the Chicago Tribune wrote, “Al Capone still awaits the biographer who can fully untangle, and balance, the complexities of his life,” while revisionist historians have continued to misrepresent Ness and his remarkable career.

Enter Max Allan Collins and A. Brad Schwartz, a unique and vibrant writing team combining the narrative skill of a master novelist with the scholarly rigor of a trained historian. Collins is the New York Times-bestselling author of the gangster classic Road to Perdition. Schwartz is a rising-star historian whose work anticipated the fake news phenomenon.

Scarface and the Untouchable draws upon decades of primary source research—including the personal papers of Ness and his associates, newly released federal files, and long-forgotten crime magazines containing interviews with the gangsters and G-men themselves. Collins and Schwartz have recaptured a bygone bullet-ridden era while uncovering the previously unrevealed truth behind Scarface’s downfall.  Together they have crafted the definitive work on Capone, Ness, and the battle for Chicago.