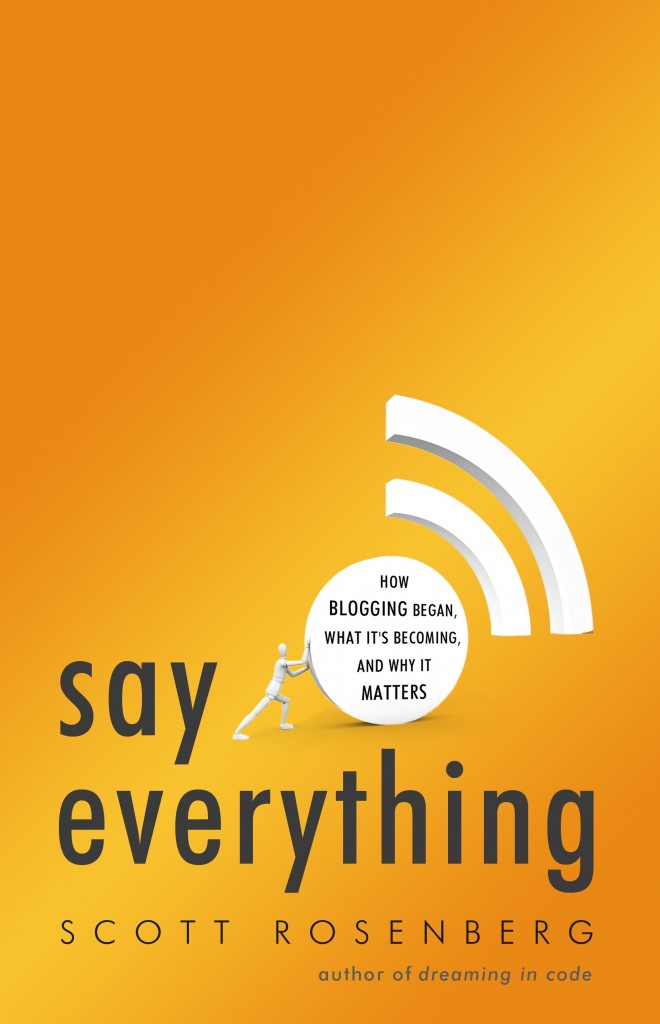 All titles by
Scott Rosenberg

How Blogging Began, What It's Becoming, and Why It Matters

Blogs are everywhere. They have exposed truths and spread rumors. Made and lost fortunes. Brought couples together and torn them apart. Toppled cabinet members and sparked grassroots movements. Immediate, intimate, and influential, they have put the power of personal publishing into everyone’s hands. Regularly dismissed as trivial and ephemeral, they have proved that they are here to stay. In Say Everything, Scott Rosenberg chronicles blogging’s unplanned rise and improbable triumph, tracing its impact on politics, business, the media, and our personal lives. He offers close-ups of innovators such as Blogger founder Evan Williams, investigative journalist Josh Marshall, exhibitionist diarist Justin Hall, outspoken software pioneer Dave Winer, “mommyblogger” Heather Armstrong, and many others. These blogging pioneers were the first to face new dilemmas that have become common in the era of Google and Facebook — and their stories offer vital insights and warnings as we navigate the future. How much of our lives should we reveal to the Web? Is anonymity a boon or a curse? Which voices can we trust? What does authenticity look like on a stage where millions are fighting for attention, yet most only write for a handful? And what happens to our culture now that everyone can say everything? Before blogs, it was easy to believe that the Web would grow up to be a clickable TV — slick, passive, mass-market. Instead, blogging brought the Web’s native character into focus — convivial, expressive, democratic. Far from being pajama-clad loners, bloggers have become the curators of our collective experience, testing out their ideas in front of a crowd and linking people in ways that broadcasts can’t match. Blogs have created a new kind of public sphere — one in which we can think out loud together. And now that we have begun, Rosenberg writes, it is impossible to imagine us stopping. In his first book, Dreaming in Code, Scott Rosenberg brilliantly explored the art of creating software (“the first true successor to The Soul of a New Machine,” wrote James Fallows in The Atlantic). In Say Everything, he brings the same perceptive eye to the blogosphere, capturing as no one else has the birth of a new medium.

“Blogging gives everyone a printing press, unleashing a social force comparable to the printing press. Say Everything tells the story of the people, culture, and technology that made that happen and gives us an idea of where it’s going, from a guy who saw it happen around him. ”

“Scott Rosenberg has written an eminently readable and historically definitive history of blogging — I know some of the characters in this story very well and I’m impressed with how well Rosenberg captured the many aspects of their complex stories. It’s not just about the history of one of the most important mediums to emerge in the Internet era — Rosenberg has made it clear why the blogging revolution matters.”