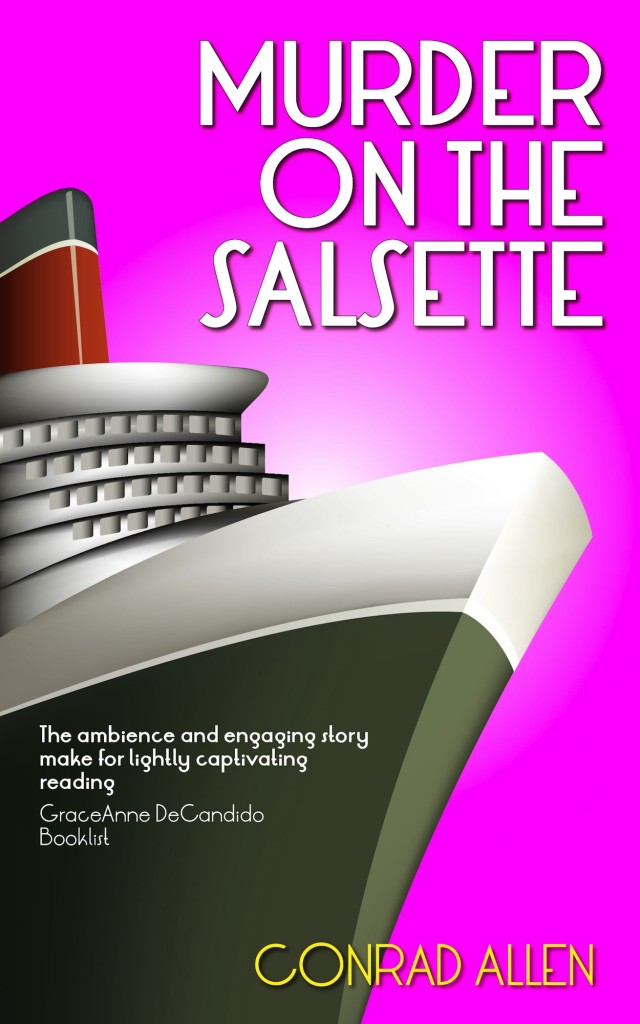 Murder on the Salsette

Genevieve Masefield and George Porter Dillman make a living anonymously, cruising the seven seas aboard the early twentieth century’s most extravagant sailing vessels as ship’s detectives. In this line of work they’ve experienced more than their share of humanity. Along with the members of first class in all their finery, the card cheats and pickpockets plying their trade, the lascivious crew members and elderly cruise matrons that normally populate the voyages George and Genevieve work on, the Salsette boasts a group of travelers whose lives are set to intersect in ways none of them could have foreseen on dry land.

There are a pair of British men, traveling independently, who clearly know each other from another place and time; though each tries to hide it, there is no love lost between them. There’s an elderly Indian man whose powers of deduction may be based on more earthly techniques than the mystical energy he claims to possess. Not to mention a young woman and her wheelchair-bound mother traveling on their own, determined to make new friends, who seemingly find their way smack into the middle of every bit of trouble aboard the Salsette-including murder.

George and Genevieve know that nothing in the cloying, claustrophobic confines of an ocean liner is as straightforward as it seems, and as the ship inches toward port the relationships between all of these people, both those in plain sight and some hidden from view, will be revealed. But will the exposure of the intricate web of deceit that’s covered the Salsette lead George and Genevieve to the killer? Readers of Conrad Allen’s sparkling ocean liner mysteries know that nothing stops this intrepid pair of shipboard detectives, and their newest adventure is sure to delight.