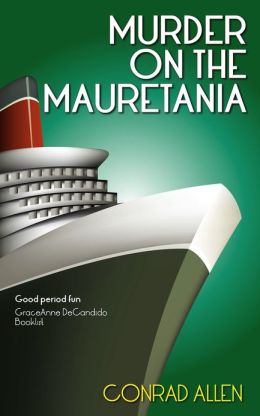 Murder on the Mauretania

November 1907. George Porter Dillman and Genevieve Masefield sail from Liverpool on the maiden voyage of the Mauretania. Posing as passengers, Dillman and Genevieve endure a nightmare voyage during which severe weather batters the vessel unmercifully and keeps the passengers away from the decks. Dillman is instrumental in rescuing a crew member from being washed overboard but he is too late to save one of the First Class passengers from the same fate. At first, it looks like a case of death by misadventure. But Dillman and Genevieve come to realise that it was an act of calculated murder, connected with the presence on board of a record shipment of gold bullion – twelve tons in all – sent from the Bank of England.

“Sure to delight nautical history enthusiasts as well as mystery fans….Combined with the puzzling mystery, the careful attention to historic details and well-developed characters make for first-class entertainment.”