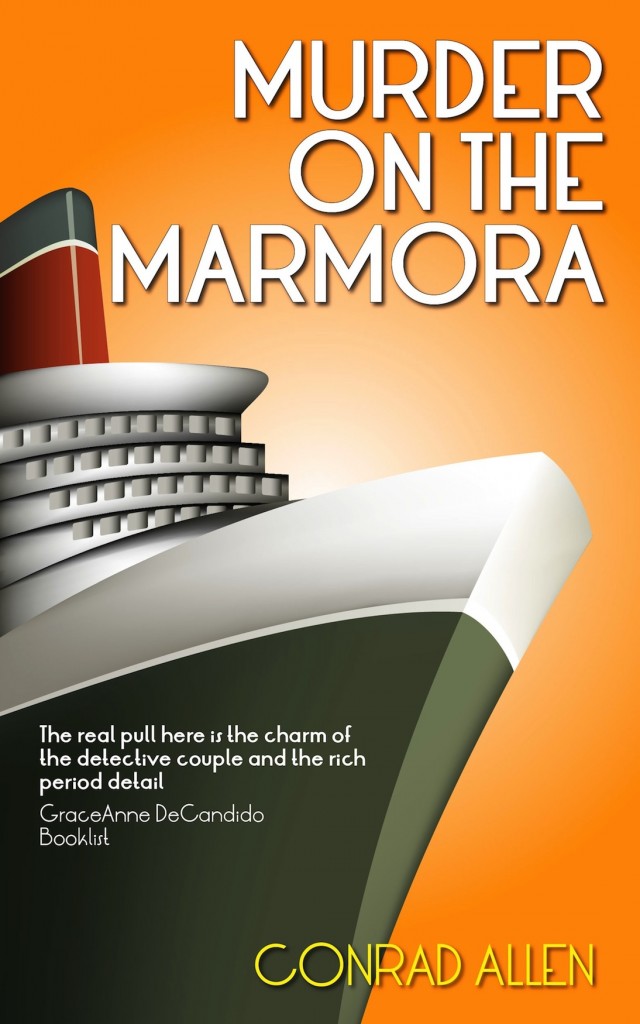 Murder on the Marmora

George Porter Dillman and Genevieve Masefield, used to the grand opulence of the Cunard cruise line, are at first disappointed with the Marmora, a small, unimpressive ship that’s part of the P&O shipping line, the company that now employs them as ship’s detectives. They know that they’re certain to encounter the same petty thefts and confidence tricksters they’re used to dealing with, though they hope identifying the culprits among the 500 or so passengers will prove a little easier than it does aboard the great 2,000 passenger Cunard ships.

Their hope is misplaced, however, and they soon settle in to the routine of taking reports from agitated passengers and doing their best to recover whatever stolen jewelry or purloined cash the unfortunate travelers are missing. The cruise is certain to be unique in at least one respect, however: the Duke and Duchess of Fife, along with their two small children, are aboard, and the detectives’ secondary task is to keep an eye on the royals and do their best to ensure their security.

When a dead body turns up, however, George and Genevieve know they’ve got their work cut out for them. Suspects abound, and on such a small ship keeping the demise of the poor victim a secret is proving tougher than they’d like. Through the eyes of Conrad Allen, a luxury cruise to Egypt in 1908 becomes a majestic voyage, albeit with murder in the mix, upon which readers will be eager to embark.