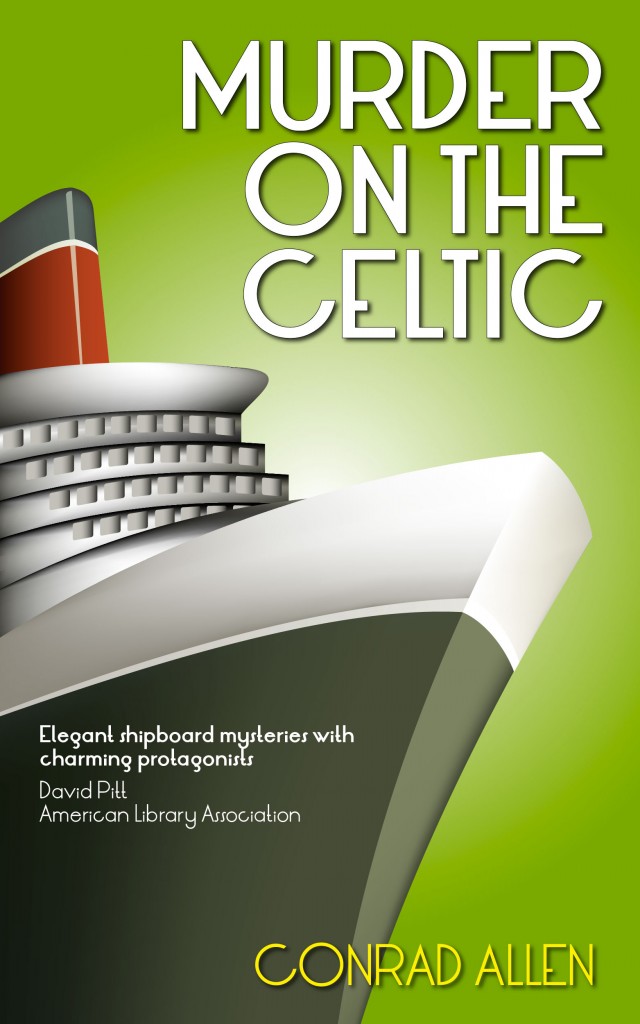 Murder on the Celtic

When they sail from New York on the Celtic, a White Star ship, George Dillman and Genevieve Masefield face an immediate problem. They are warned that a dangerous criminal may be aboard. Genevieve excites the interest of two passengers, a Briton and an American, who compete for her attention. Also on board is the creator of the most famous fictional detective of them all – Sherlock Holmes. Dillman is delighted to meet Sir Arthur Conan Doyle but the author is soon the victim of a crime when his annotated copy of A Study in Scarlet is stolen. More thefts follow.

Sir Arthur and his wife attend a séance and Genevieve, though highly sceptical, also wishes to see the medium in action. The leisured luxury of first class is contrasted with the privations in steerage where some passengers are emigrants who were refused entry to America. One man is so distressed that he contemplates suicide. While the Celtic sails on, Dillman and Genevieve work frantically to solve the various crimes even though they put themselves in jeopardy. An interested observer, Sir Arthur Conan Doyle learns the essential difference between detection in a story and in practice.