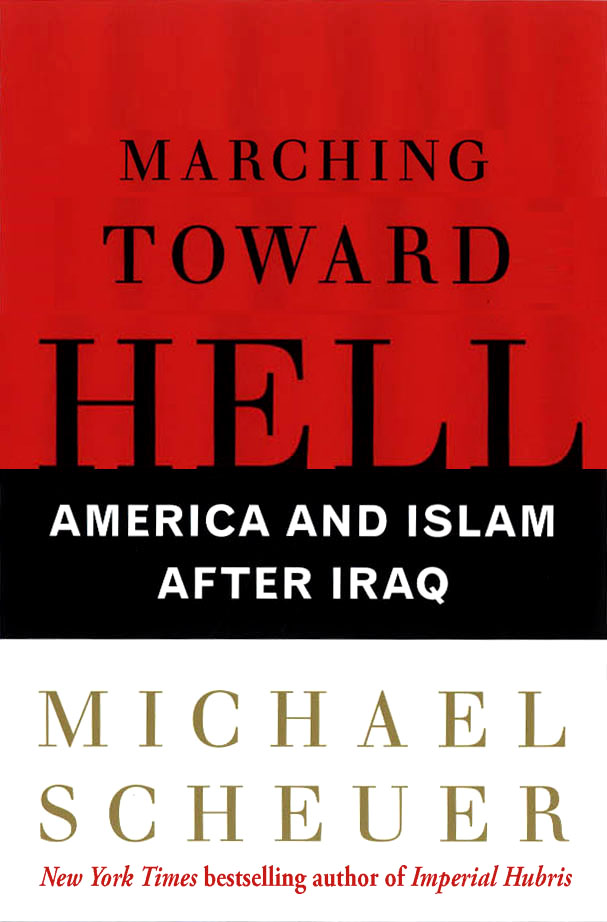 America and Islam After Iraq

From the former head of the CIA’s Osama Bin Laden unit, and bestselling author of the New York Times Best Seller IMPERIAL HUBRIS (first published “by Anonymous”) and THROUGH OUR ENEMIES’ EYES .

MARCHING TOWARD HELL is an impassioned, provocative attack on U.S. foreign policy and America’s “bipartisan ruling elite” — policy makers in both parties who are stuck in “cold war thinking” against an enemy that operates in an entirely different realm; who have framed the debate in terms of a “war on terror” and an enemy who “hates us for our freedom”, and fail to accept that the U.S. is hated for its actions in and toward Islamic countries; and who, in Iraq and elsewhere, have succeeded primarily in playing into Al Qaeda’s hands.