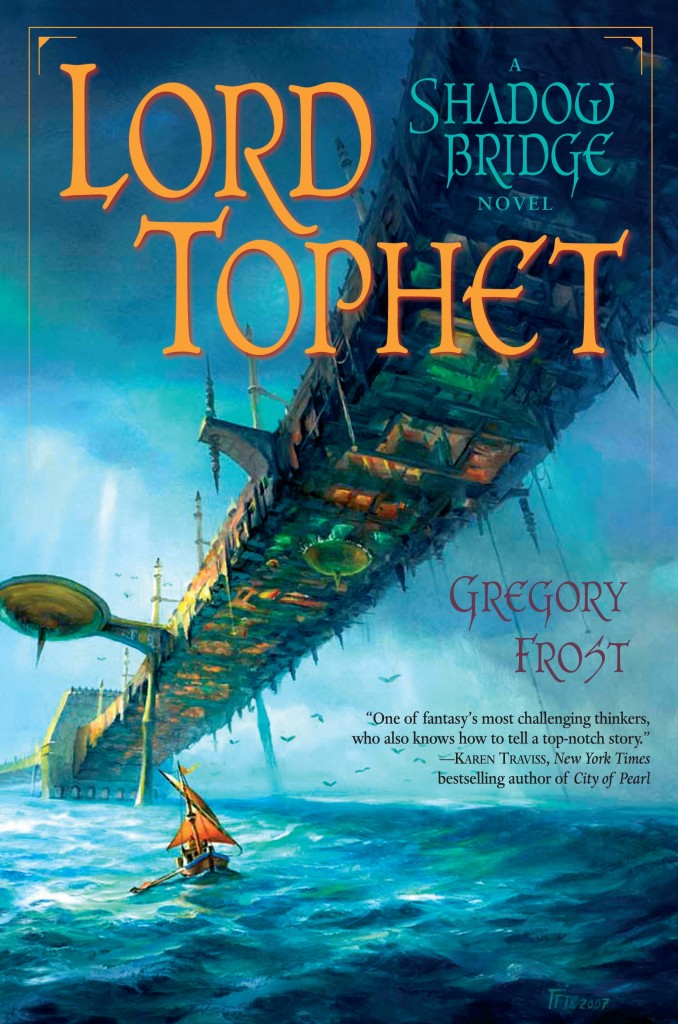 All titles by
Gregory Frost

Daughter of the legendary shadow-puppeteer Bardsham, Leodora has inherited her father’s skills . . . and his enemies. Together with her manager–Soter, keeper of her father’s darkest secrets, and a gifted young musician named Diverus, Leodora has traveled from span to span, her masked performances given under the stage name Jax, winning fame and fortune.

But Jax’s success may be Leodora’s undoing. Years ago, following a performance by Bardsham, the vengeful god known as Lord Tophet visited a horrific punishment upon the span of Colemaigne and its citizens, a reprisal inflicted without warning or explanation. And as the genius of Jax gives rise to rumors that Bardsham has returned, Lord Tophet takes notice and dispatches a quintet of deadly killers to learn the truth behind the mask.

Now, upon the cursed span of Colemaigne, where her father achieved his greatest triumph and suffered his bitterest tragedy, Leodora is about to perform the most shocking story of all.

“A watery world full of enchanting stories, the wonderfully eerie environment for this stirring sequel to 2007’s Shadowbridge. Frost brings the charm of an ancient storyteller and the wit of a contemporary tale-spinner to this dramatic tale, effortlessly manipulating his troupe of mortals and immortals and bringing the truths and myths of Shadowbridge equally to life.”

“In the satisfyingly multilayered sequel to Shadowbridge… Frost ties up loose ends without losing the seductive open-endedness of the storyteller’s saga.”