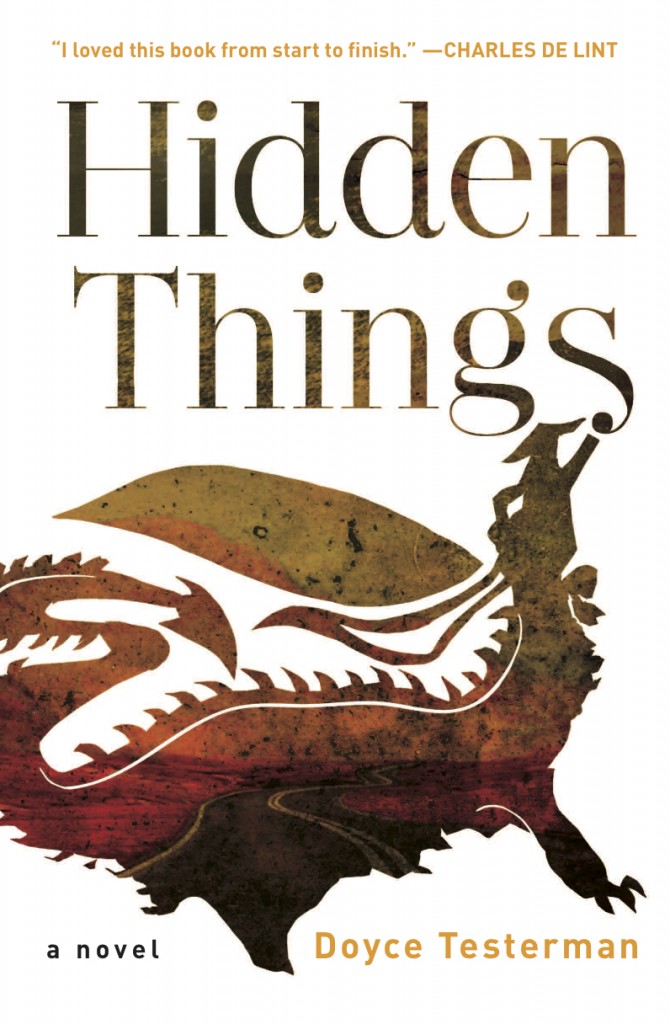 All titles by
Doyce Testerman

Watch out for the hidden things . . . That’s the last thing Calliope Jenkins’s best friend says to her before ending a two a.m. phone call from Iowa, where he’s working a case she knows little about. Seven hours later, she gets a visit from the police. Josh has been found dead, and foul play is suspected. Calliope is stunned. Especially since Josh left a message on her phone an hour after his body was found. Spurred by grief and suspicion, Calli heads to Iowa herself, accompanied by a stranger who claims to know something about what happened to Josh and who can— maybe—help her get him back. But the road home is not quite the straight shot she imagined . . .

I loved this book from start to finish.  It’s strange, weird and down to earth, all at the same time; chock full of fascinating characters, dark dreams and fantasy elements that deliver a real sense of wonder. What’s not to love?

Hidden Things reveals the America I want to believe in–dragons on highways, trolls in the hills, motels that lead to new dimensions. I’ll never look at a rest stop the same way again.

—Maureen Johnson, author of THE NAME OF THE STAR