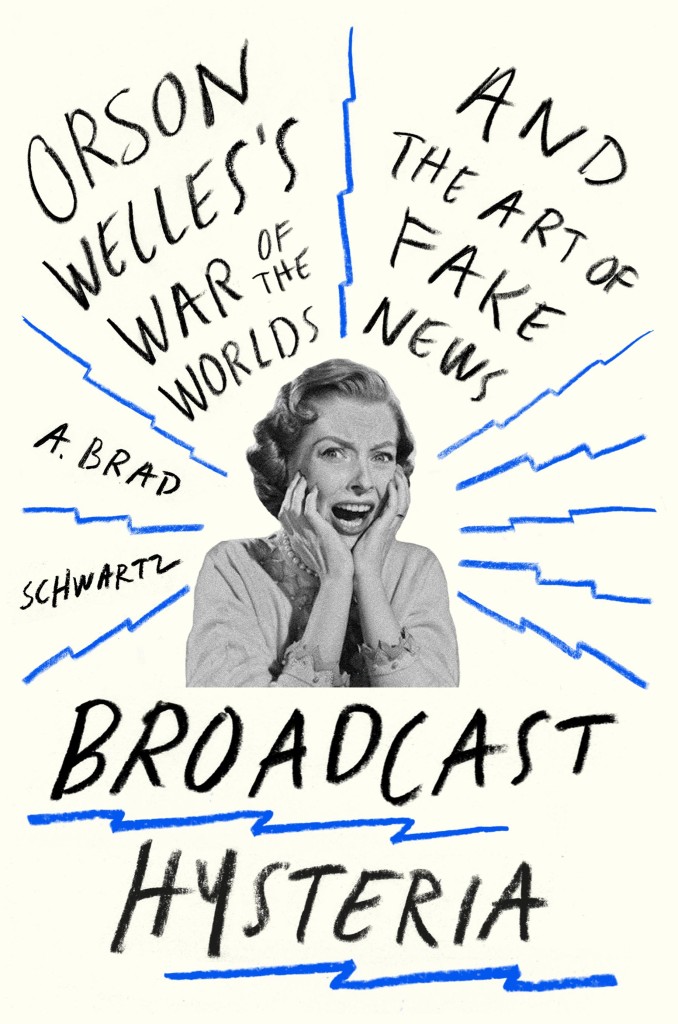 All titles by
A. Brad Schwartz

On the evening of October 30, 1938, radio listeners across the United States heard startling reports of a meteor strike in the New Jersey countryside. With sirens blaring in the background, reporters in the field described mysterious invaders, terrifying war machines and thick clouds of poison gas moving toward New York City. As the invading force approached Manhattan, some listeners sat transfixed while others ran to alert neighbors or call the police. Some even fled their homes. But the hair-raising broadcast was not a real news bulletin—it was Orson Welles’s adaptation of the H. G. Wells classic, The War of the Worlds.

In Broadcast Hysteria, A. Brad Schwartz boldly retells the story of Welles’s famed   radio play and its impact. Did it really spawn a “wave of mass hysteria” as the Times reported? Schwartz is the first to examine the thousands of letters addressed to Orson Welles himself in the days after the broadcast, and his findings challenge conventional wisdom. Very few listeners believed an actual attack was underway. But even so, Schwartz shows that Welles’s broadcast became a major scandal, prompting a different kind of “mass panic” as Americans debated the bewitching power of the radio and the country’s vulnerabilities in a time of crisis abroad. When the debate was over, the medium of radio broadcasting had changed for good, and not for the better.

As Schwartz tells this story, we observe how an atmosphere of international crises and natural disaster permitted broadcasters to create real-time, shared national experiences for the first time. We follow Orson Welles’ rise to fame and watch his manic energy and artistic genius at work in the play’s hurried yet innovative production. And we trace the present-day popularity of “fake news” back to its source in Welles’ show and its many imitators. Schwartz’s original research, gifted storytelling, and thoughtful analysis make Broadcast Hysteria a groundbreaking new look at a crucial but  little understood episode in American history.

Schwartz’s book is an impeccable account of the most famous radio show in history, a fascinating biography of Orson Welles, and a vital lesson about the responsibility of the media.