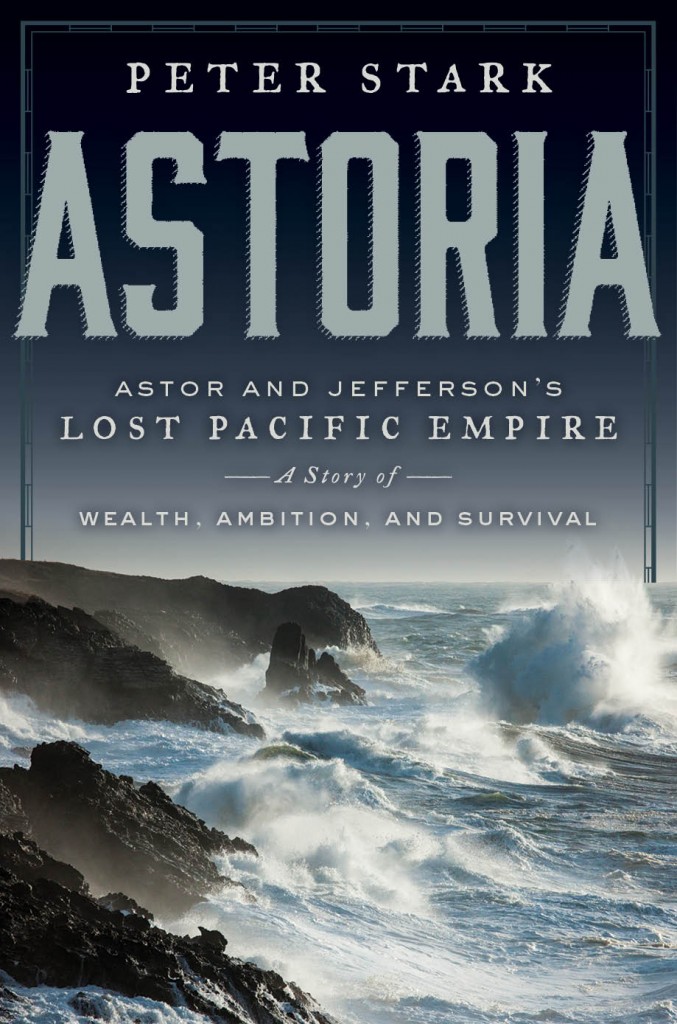 All titles by
Peter Stark

In 1810, John Jacob Astor sent out two advance parties to settle the wild, unclaimed western coast of North America.  More than half of his men died violent deaths.  The others survived starvation, madness and greed to shape the destiny of a continent.

At a time when the edge of American settlement barely reached beyond the Appalachian Mountains, two visionaries, President Thomas Jefferson and millionaire John Jacob Astor, foresaw that one day the Pacific would dominate world trade much as the Atlantic did in their day.  Just two years after the Lewis and Clark expedition concluded in 1806, they turned their sights westward once again. Thus began one of history’s dramatic but largely forgotten turning points in the conquest of the North American continent.

ASTORIA is the harrowing tale of the quest to settle a Jamestown-like colony on the Pacific Coast.  Astor set out to establish a global trade network based at the mouth of the Columbia River in what is now Oregon. Jefferson envisioned a separate democracy on the West Coast that would spread eastward to meet the young United States.

Astor backed this ambitious enterprise with the vast fortune he’d made in the fur trade and New York real estate since arriving in the United States as a near penniless immigrant soon after the Revolutionary War.    He dispatched two large advance parties west, one by sea around the southern tip of South America and one by land over the Rockies. The Overland Party, led by the gentlemanly American businessman Wilson Price Hunt, combined French Canadian voyageurs, Scottish fur traders American woodsmen and an extraordinary Native American family. The Seagoing Party, sailing the ship Tonquin, likewise was a volatile microcosm of contemporary North America. Under the bitter eye of Captain Jonathan Thorn, a young U.S. naval hero whose unyielding, belligerent nature was better suited to battle than to negotiating cultural differences, the Tonquin made tumultuous progress toward its violent end.

Unfolding from 1810 to 1813, ASTORIA is a tale of high adventure and incredible hardship drawing extensively on firsthand accounts of the men who made the journey. Though the colony itself would be short-lived, its founders opened provincial American eyes to the  remarkable potential of the Western coast, discovered the route that became the Oregon Trail and permanently altered the nation’s landscape and global standing.

With Stark, this almost unbelievable tale remains in expert hands.  A fast-paced, riveting account of exploration and settlement, suffering, treachery, and death.