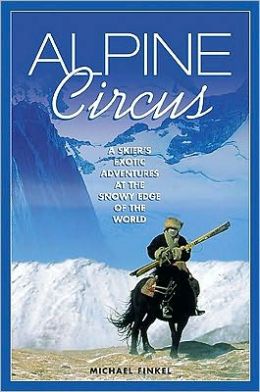 All titles by
Michael Finkel

A Skier's Exotic Adventures at the Snowy Edge of the World

Boldly going where few others have gone before, Michael Finkel has spent a dozen winters journeying across six continents in order to write about the wonders and eccentricities of the world’s snowy regions. In this collection of his finest work-part seat-of-the-pants adventure, part cultural exploration, and peppered throughout with humor and insight-Finkel takes the reader from the underside of an avalanche to the summit of Kilimanjaro. He partners with a gang of Kazak herdsmen in the remote peaks of China; he launches down the slopes of Iran as he learns about the Ayatollahs’ Byzantine skiing rules; he goes through the torturous Marine Corps mountain warfare training; and he takes on New York City on cross-country skis.

With rare skill and insight, Finkel vividly recreates the thrill of flying off an Olympic ski jump in Lake Placid, the excitement of gliding through virgin snows on a remote Alaskan peak, and the exhilaration of taking off into the unexplored mountains of interior Greenland. In turn, ALPINE CIRCUS becomes the adventurous ride of a lifetime, a tour through a unique world with a unique guide that is sure to thrill both armchair travelers and Arctic explorers.