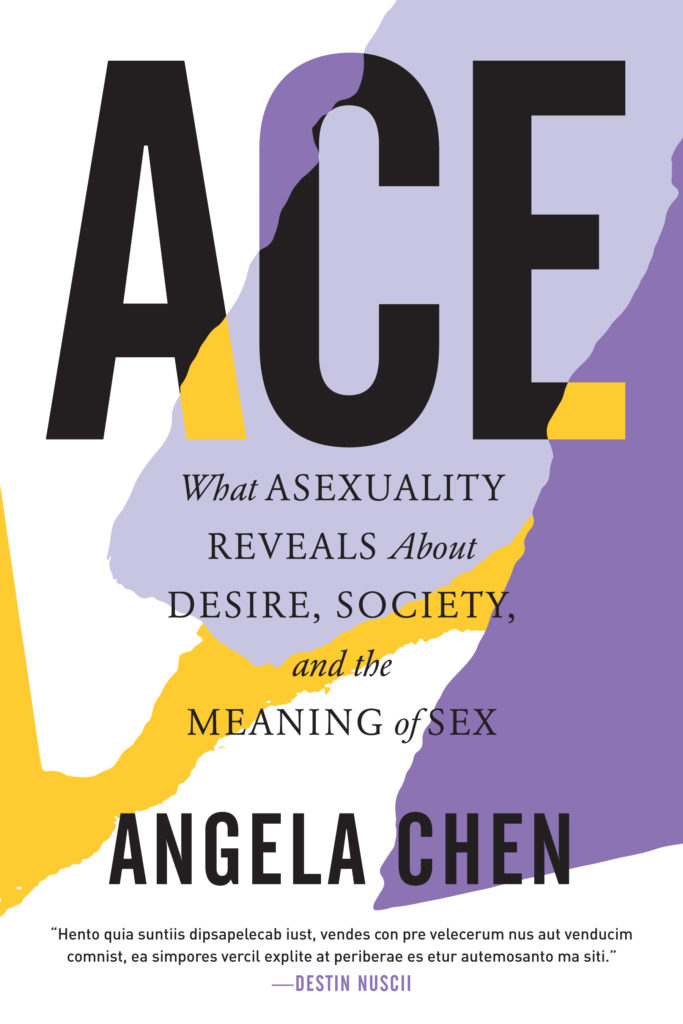 All titles by
Angela Chen

What Asexuality Reveals About Desire, Identity, and the Meaning of Sex

An engaging exploration of what it means to be asexual in a world that’s obsessed with sexual attraction, and what we can all learn about desire and identity by using an ace lens to see the world

What exactly is sexual attraction and what is it like to go through the world not experiencing it? What does asexuality reveal about consent, about compromise, about the structures of society? This accessible guide to asexuality shows that the issues that aces face–confusion around sexual activity, the intersection of sexuality and identity, navigating different needs in relationships–are conflicts that all of us experience as we move through the world. Through interviews, cultural criticism, and memoir, ACE invites all readers to consider big-picture issues through the lens of asexuality.

Journalist Angela Chen weaves together her own path to understanding her asexuality with the perspectives of a diverse group of asexual people. Vulnerable and honest, these stories include a woman who had blood tests done because she was convinced that “not wanting sex” was a sign of serious illness, and a man who grew up in an evangelical household and did everything “right,” only to realize after marriage that his experience of sexuality had never been the same as that of others. Also represented are disabled aces, aces of color, non-gender-conforming aces, and aces who don’t want romantic relationships who are all navigating a world that is infatuated by sex. Through careful cultural analysis, Chen explores the influence of societal norms upon our understanding of intimacy and relationships and celebrates the sheer breadth of sexuality and queerness.